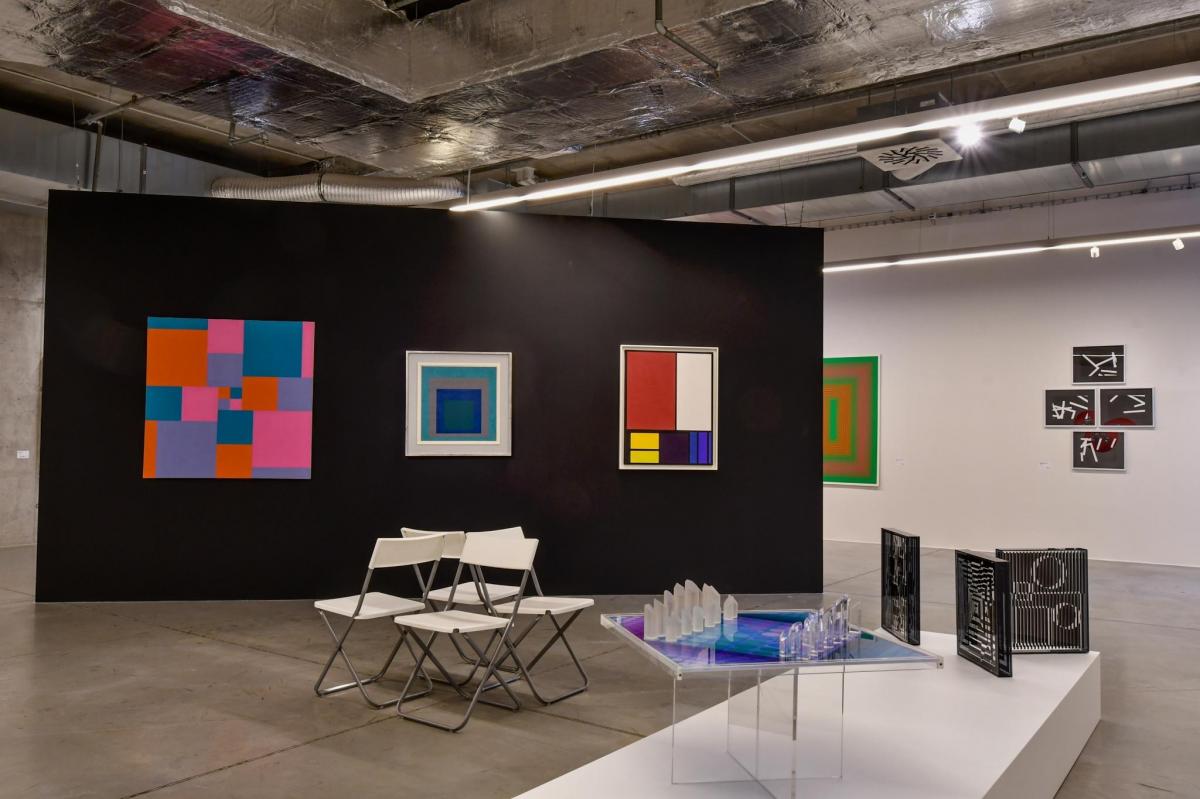 Work of M. Dobeš was praised by Leo Popper, Udo Kultermann and Oto Bihalj-Merin in 1960´s. He was accepted by world-famous experts as one of founders of kinetic art. In 1968 he took part together with  Zdeněk Sýkora and Jiří Kolář as representative of Czechoslovakia in documenta 4, then the most relevant exhibition of contemporary art. He exhibited with artists as Josef Albers, Richard Anuszkiewicz, Getulio Alviani, Jean Dubuffet, Gűnter Fruhtrunk, Gyula Kosice, Francoise Morellet, Bridget Riley, Victor Vasarely, Andy Warhol and others. Many of them were his personal friends.

François Morellet – a French painter and sculptor, considered to be one of the main players of geometric abstractions of the second half of the twentieth century and a predecessor of minimalism.

Gyula Kosice – an Argentinian sculptor, of Slovakian origin, a representative of kinetic and light art.

Richard Anuszkiewicz – an American painter, considered to be the main representative of Op Art, dealing with optical changes. Most of his works of art deal with visual research of formal structural and colour effects, many of which are inserted square similarities, just like the work of his mentor Josef Alberse.

Getulio Alviani – an Italian creator, an internationally recognized representative of the optical-kinetic art.

Josef Albers – an American painter of German ancestry, a representative of abstract art and op art. The colour combinations of overlapping squares were exactly in accordance with his theories of colour.

Victor Vasarely – a Hungarian-French painter, graphic artist and sculptor, generally considered to be one of the founders of op art and kinetic art. In 1955 he, in his Yellow Manifesto, defined his thought of a serial production of a work of art. His work has influenced advertising, promotion, decorative art, fashion and architecture.