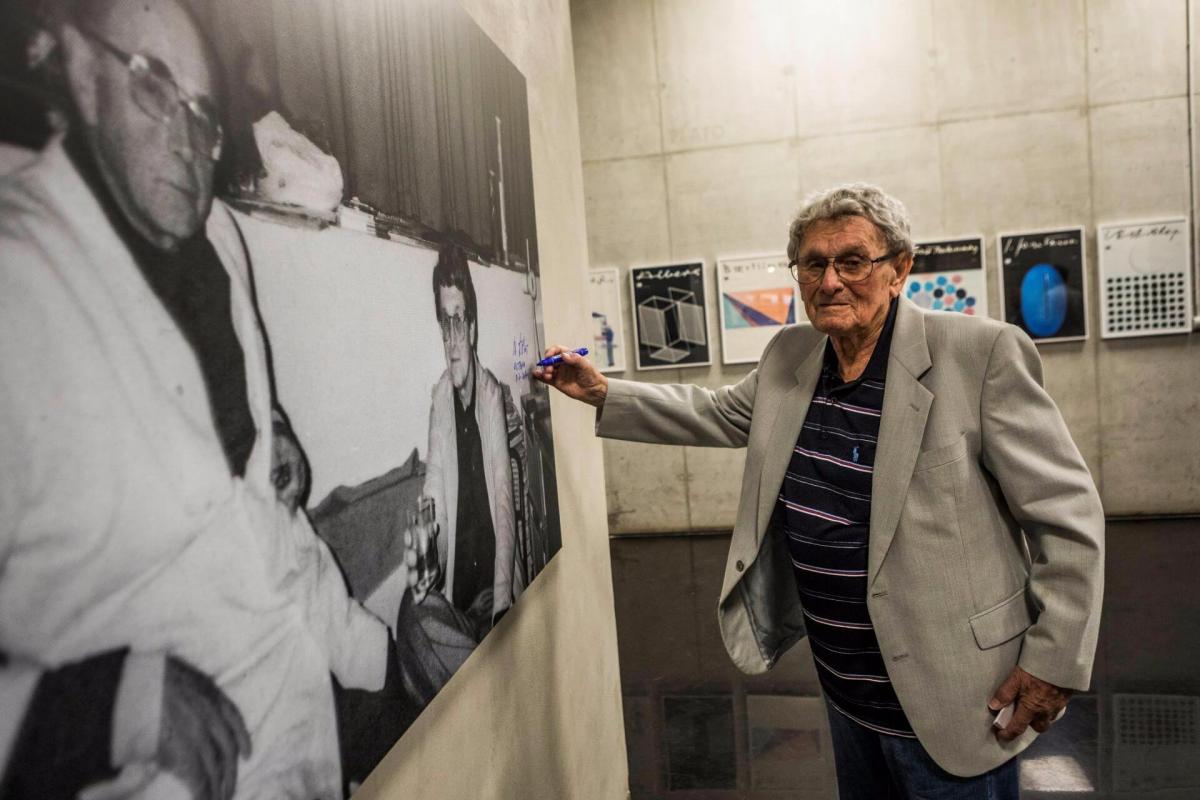 A Přerov man, living in Bratislava, Slovakia, since his university studies.  As one of the first authors in the world he started devoting himself to optical art at the end of 1950s.  Not only did his unmistakable optic kinetic and light kinetic objects awake interest in the then Czechoslovakia in the middle of 1960s but first and foremost abroad.  In 1968 Milan Dobes exhibited a collection of his works at a world exhibition of modern art Documenta 4 in German Kassel.  In his work he deals with optic collages and reliefs, creates optic kinetic objects (eg. a series of Pulsating Rhythms or Lighthouses), makes architectural reliefs, paints.  In his graphic works he primarily uses the technique of serigraphy.  He is globally recognized as a representative of op-art.

Milan Dobeš exhibited a collection of his work at the World Exhibition of Modern Art Documenta 4 in Kassel,Germany in 1968. In his work he deals with optical collages and reliefs, he creates optical-kinetic objects (for example series of Pulse rhythms or beacons), architectural reliefs and painting. In graphic design he uses mainly the serigraphy technique. He is a world-renowned representative of op-art.

Op-art, sometimes also known as optical art, geometrical abstraction or perception abstraction, originated at the end of 1950s and beginning of 1960s.  This term first appeared in an unsigned article in the Time magazine in October 1964.  A grand exhibition followed in the Museum of Modern Art in New York in 1965, called The Responsive Eye, with William C. Seitz as its curator.  At the time of the exhibition the term Op-art had already been commonly used and it had quickly found its way to the wider public, so the visitors arrived at the exhibition preview dressed in its spirit and the new style fast influenced fashion, interior design and graphic art.  The main founders of Op-art who became the centre of media attention were Americans Richard Anuszkiewicz (1930) and Larry Poons (1937), Britons Michael Kidner (1917-2009) and Bridget Riley (1931) and a Frenchman of a Hungarian origin Victor Vasarely (1908-1997). 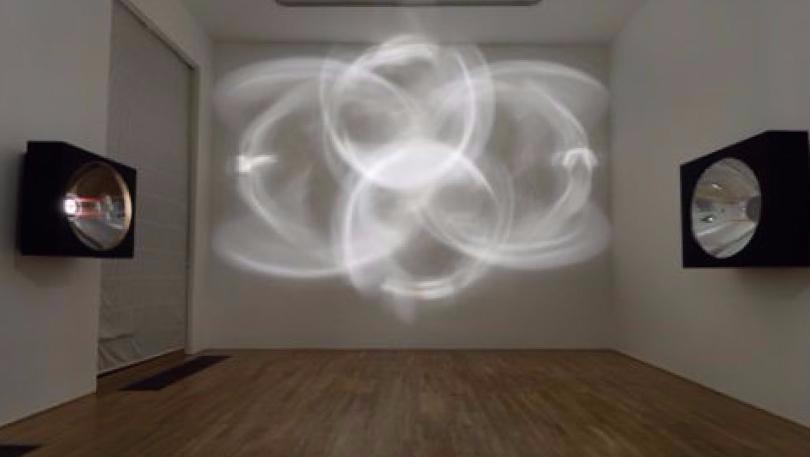