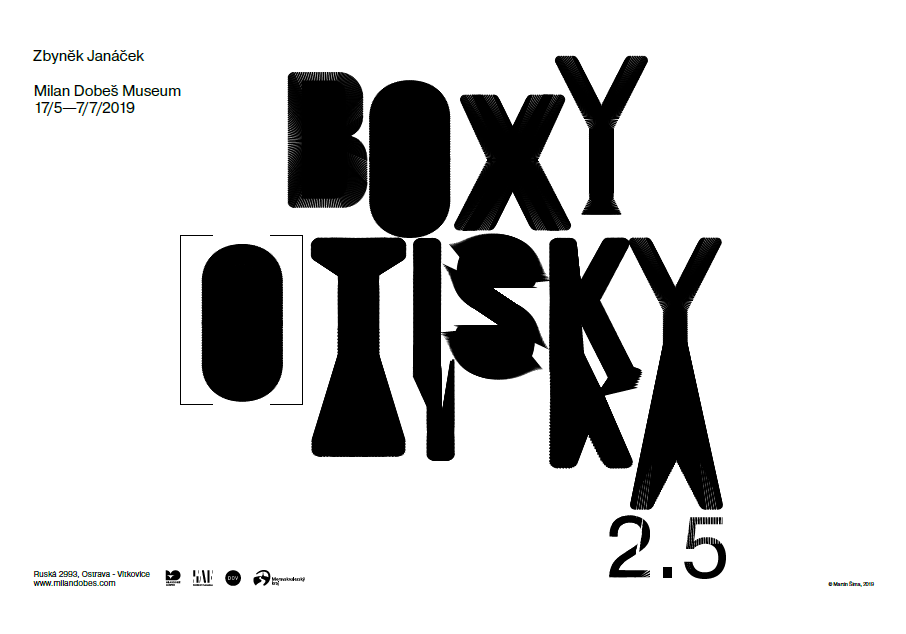 Zbyněk Janáček (* 1957) follows the breakthrough legacy of the abstract geometric expression of the twentieth century. And not only by expressing the folding and refolding of geometric shapes to allow a clear connection between individuality and universality, but by purposefully examining the image area as an imaginary gate somewhere further, into a sphere not only concerned with the eye but reflecting the mind.

Janacek's sophisticated constructions, acting in a specific and self-sufficient manner for themselves and for themselves without reference to the world in question, reveal to us the fundamental building block of spatial relationships, from which everything we can name as human beings, from atoms through ordinary sight to reality nature to the immense scale of the universe. As in nature and space, Janáček is not only about inert or static systems, but about energy-permeable and interconnected units in which we feel the endless wealth of movement moments.

In this respect, not only the shapes themselves but also the colors, including the subtle shades of gray, play a key role in stimulating the notion of spatial dynamics. And the technical basis for such compositions is precisely serigraphy with its ability to accurately delimit forms, characterized by color saturation and the ability to transparently overlap layers.

In addition to classic prints, Zbyněk Janáček also sees "stepping into space" in the form of defragmented images, illusive vistas in the mirror areas and free-standing lightboxes, all of which respond sensitively to their real surroundings, thus becoming a vividly changing part of the viewer's environment. It is certainly worth noting that the author does not remain in the established positions or in the technical level. In recent years, they will further develop their serigraphy grounded visual language using digital technology and UV printing, enabling an ever more generous, accurate and materially experimental solution towards expanding and deepening content messages.

Zbyněk Janáček reflects the legacy of the geometric and generally abstract tendencies of modern art from a certain ironic perspective, but above all with the conviction that their discoveries and testimonies, albeit the prism of “post-modern” perception, still have something to say. We get from the austere visions of Malevich and Mondrian through the trembling meditative spaces of Boštík and Rothek to the moment of present and quite unique experience of the author's personal testimony, bearing in itself the building and luminosity of the Gothic temple, but also fragile passing movement.