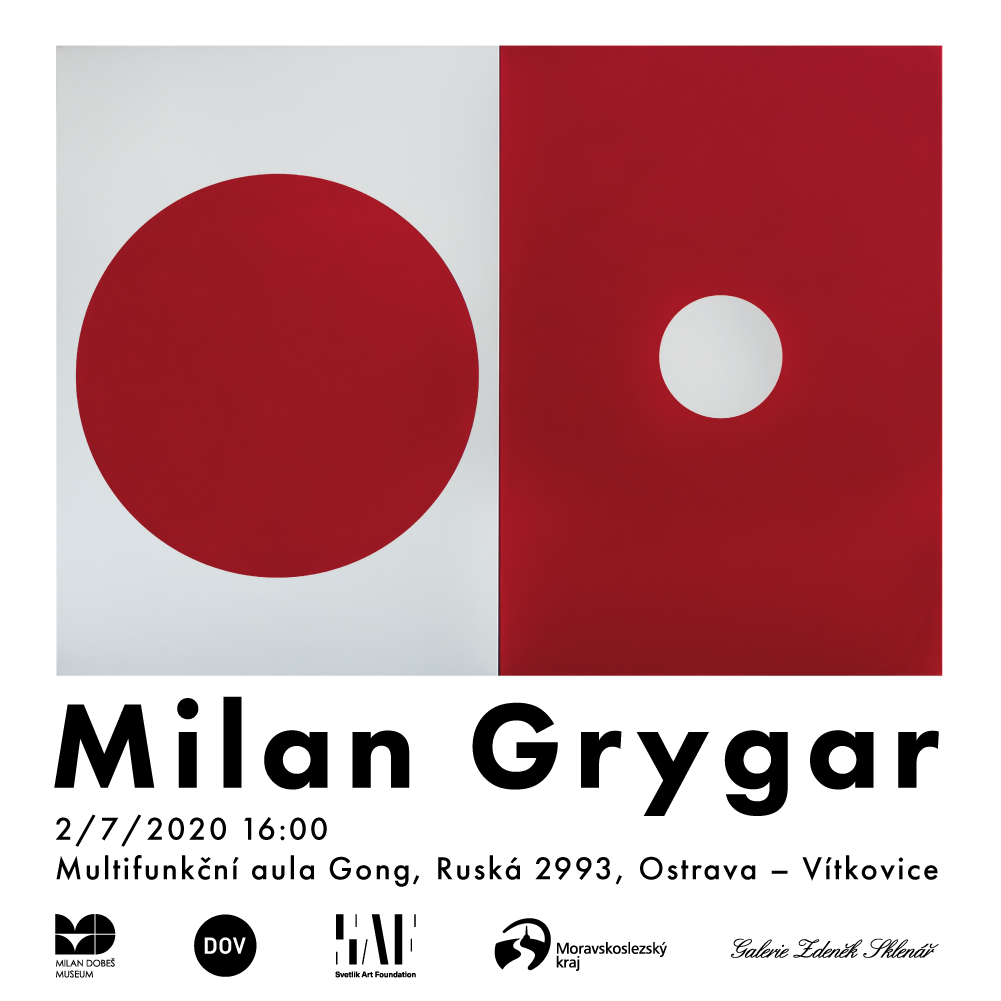 Milan Grygar belongs to the generation of authors who underwent artistic training shortly after the end of the Second World War and at the turn of the 1950s and 1960s followed a rapid transition to abstraction to the current currents of the European neo-avant-garde. In his work, he tends to be free of expression and work with a controlled chance, and in a completely unique way he combines interest in the visual and sound side of artistic expression.

From the 1970s to the early 1990s, Grygar drew drawings of systematically disturbed geometric structures, such as Linear Scores. The rhythm of the structure breaks down with errors in the overall appearance of the work. Interference in the logic of the whole often consists only in its slight shift or inconspicuous deviation from the uniform color of the grid or the rhythm of the lines. He followed up on linear scores with penetrating geometric bodies on the border of three-dimensionality in the cycle of Spatial Scores.

Since 1996, Milan Grygar has been continuously working on the topic of Antiphon. These are transcripts of a musical verse into an artistic form (the meaning of the word antiphon originally means liturgical singing, sung alternately by a choir and a priest or two choirs). The author divides the square canvases using the golden cut principle and creates monochrome colored fields on them. The color represents spatial and sound connections, but it is always chosen without formal restrictions so that the resulting visual effect meets the ideas and intentions of the author. Some implementations of antiphons form pairs, diptychs.

Milan Grygar is still tirelessly exploring his great theme - the mutual interaction of space, color, sound, light and time in the area of ​​a painting or drawing. Recently, we can capture these efforts in the series Paintings - Scores and Scales. With the faith of a discoverer, the stubbornness of a marathon runner, the precision of a mathematician, the skill of a master painter and a bit of luck, which, however, is just waiting to be prepared, he continues to look for answers to his questions in a landscape of all-embracing silence.

The opening of the exhibition will take place on Thursday, July 2, 2020 at 4:00 PM, Milan Dobeš Museum, Gong Multifunctional Hall.