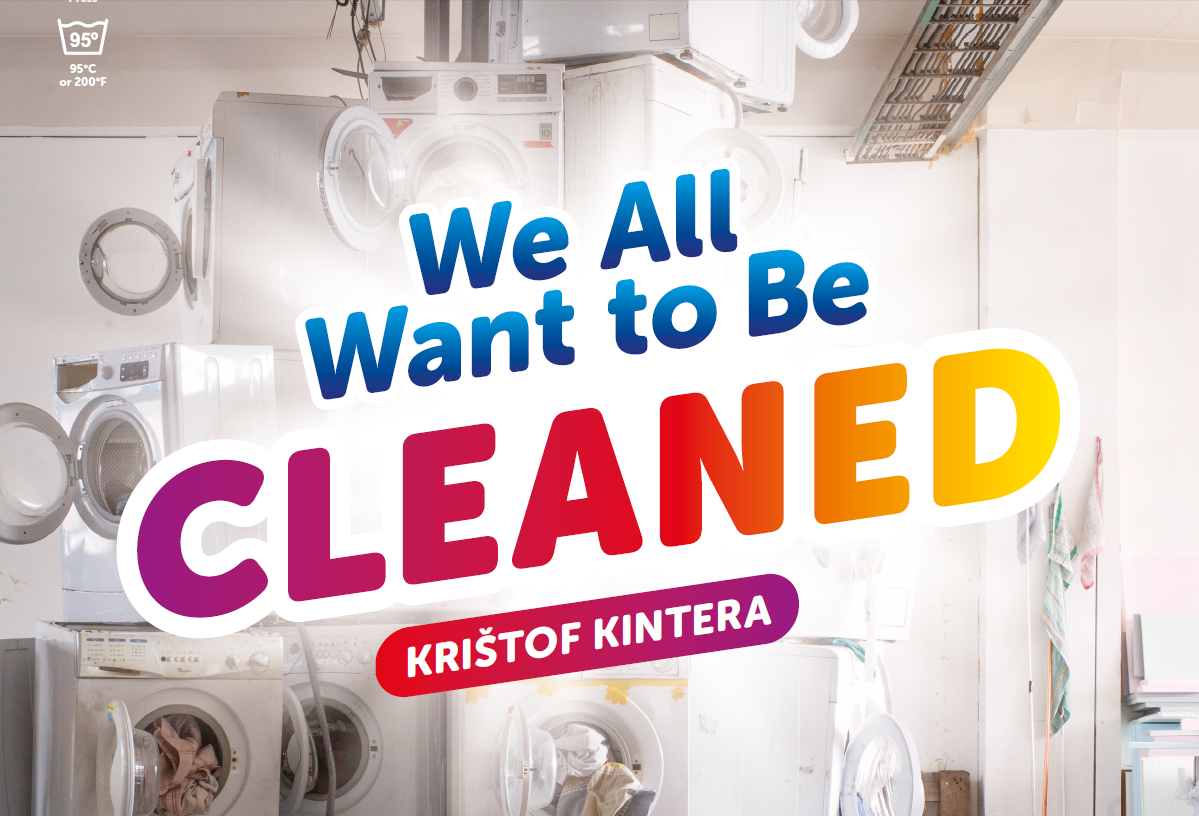 Kristof Kintera is one of the most distinct and most respected representatives of the current Czech art.  The exhibition is called We All Want to Be Cleaned, for its monumental vibrating installation of more than eighty washing machines, a 2017 project that attracted about 140,000 visitors to the Galerie Rudolfinum in Prague last year.  It will be displayed in MDM in its completeness, though.  Apart from the "washing machine pyramid", Kintera’s other unmistakable works will be presented - I See I See I See (2009), a rather intimate mechanical acoustic object compared to a gigantic light samurai, composed of old lamps and cables My Light Is Your Life II - Shiva Samurai (2014) or the electro-acoustic public project Public Jukebox (2011-14) that has travelled to 13 different places and towns.  The jukebox repertoire is very wide, ranging from the Baroque period through Krishna mantras to rock music.

A range of artist’s other works of art will be on display, lent to MDM by the author himself or borrowed from the collaborating Galerie Zdeněk Sklenář’s collection or from Jan Svetlik’s private collection.

The artist has gained European repute by his technically perfect statues glossing modern life.  He works with a number of media, he is fascinated by electric cables that he uses to supply his moving statues with power which then themselves are arranged and integrated as bearing parts of the work of art.  His works are mostly objects and installations.  These are active, conceptual, and kinetic, not concealing the sculptor’s nature, though.  He mostly uses everyday objects, slightly altering their shape or animating them through movement and sounds, and he also creates assemblages.  His works are peculiar, often grotesque, and sometimes apocalyptic, they combine repulsion and a desire to look again to find new shapes and figures.

Kristof Kintera, who apart from Prague mostly exhibits in Belgium, Germany and the Netherlands, has recently presented his works to the Italian public.

Kristof Kintera (born in 1973) is one of the most famous current Czech artists.  He is a Prague AVU graduate (1999) and he also studied at Amsterdam Rijksakademie van Beeldene Kunsten (2003–2004).  Kintera is a co-founder of Jednotka - an experimental theatrical group, the author of an art conception of 4+4 Days in Motion, a festival that takes place every year.  He lives and works in Prague, and considers himself to be a Vršovice patriot.  As a keen biker, he is the author of the monument of Jan Bouchal, the Auto*Matu founder, and all the cyclists killed on Prague roads, called Bike to Heaven.  Under the Nusle Bridge there is a monument of his Z vlastního rozhodnutí dedicated to suiciders.  His work is typical for its elements of movement moments, interaction and socially critical overlap as reflection for connecting fine arts, performance and theatrical scenography.  His mechanically demanding moving works of art have come to be very popular, not only by their design but also for their playfulness and humour. The fun level is mostly supplementary, though, as the objects carry a deeper vocation.

Kristof Kintera has recently had significant exhibitions in the Tinguely Museum in Basilej (2014), in Kunsthalle in Rotterdam (2015) and in the Rudolfinum Gallery in Prague (2017)