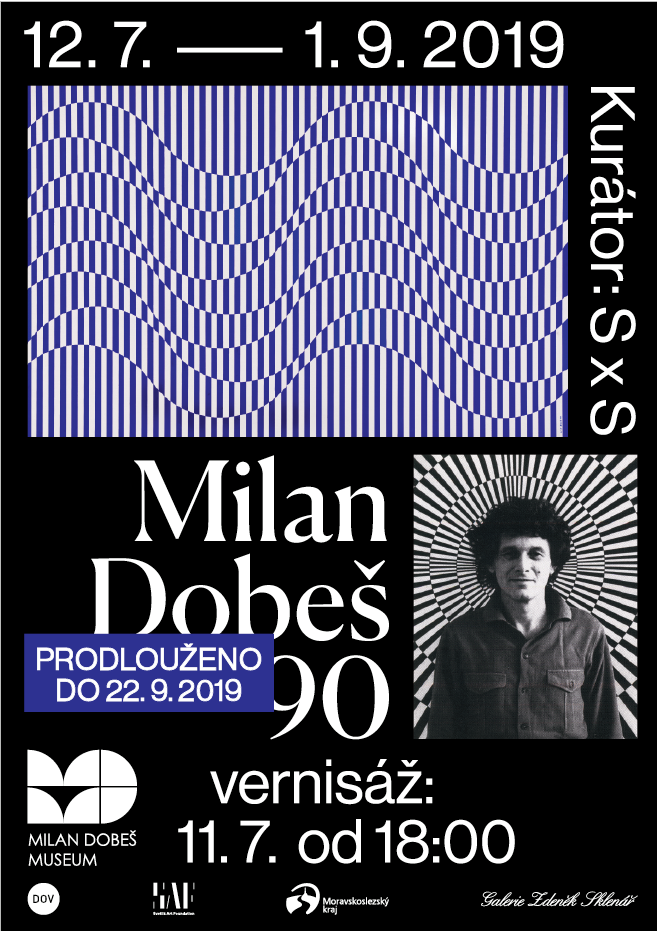 The Milan Dobeš Museum in Dolní Vítkovice presented a new permanent exhibition of kinetic constructivism and op art. At the same time, with the personal participation of the author, it opened a temporary exhibition on the 90th birthday of Milan Dobeš. His unmistakable optical-kinetic and light-kinetic objects have a long-term international response. Nevertheless, both the new exhibition and the 90th birthday show bring many surprises. From realistic oil paintings by Milan Dobeš, not dissimilar to the works of Antonín Slavíček, to the latest work from 2017 or realization on aluminum sheet, to the rediscovered "wall" (1968 - 1969), which was for many years referred to as lost.

Exhibits for the exhibition reflecting the life and work of Milan Dobeš, the artistic career of his contemporaries, classmates, inspirational colleagues and followers, are loaned from public and private collections. And also five years later, “Andick” by Victor Vasarely, who was loaned to the National Gallery in Prague, returned to Ostrava. Thanks to the extensive work of the Milan Dobeš Museum to capture the context of Dobeš's work, visitors can look forward to interesting contrasts such as Josef Albers or Alberto Biasi vs. Milan Dobeš. There are also names such as Getulio Alviani, who is the father of the idea of ​​the creation of Milan Dobeš Museum, Franco Costalonga, Klaus Staud or Lidwig Wilding and Thomas Lenk.